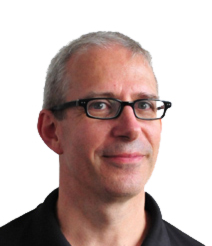 Doron has a background as a neuroscientist, and as a geneticist working on homologous recombination in bacteria even before homologous recombination was an issue in mammals (at least in the lab). He later developed innovative solutions to a variety of technical challenges, amongst them for functional genomics applications at Novartis. In 2002, Doron co-founded PolyGene AG for the targeting of transgenes into mice as a model technique to generate animal model in a reproducible fashion and on a large scale. He is the CEO of the company, and after his management buyout in 2007, its director.
Privately and professionally, he’ll do everything to find a beautiful solution for a complicated problem. And when he’s at home, amongst many things, he’s cooking for friends (a thing he views as not very far from what he does in the lab).
He has a B.Sc. and M.Sc. from Tel Aviv University, and earned his Ph.D. at the University of Zurich under Charles Weissmann. He’s fluent in German, English, Hebrew, French, and Dutch.