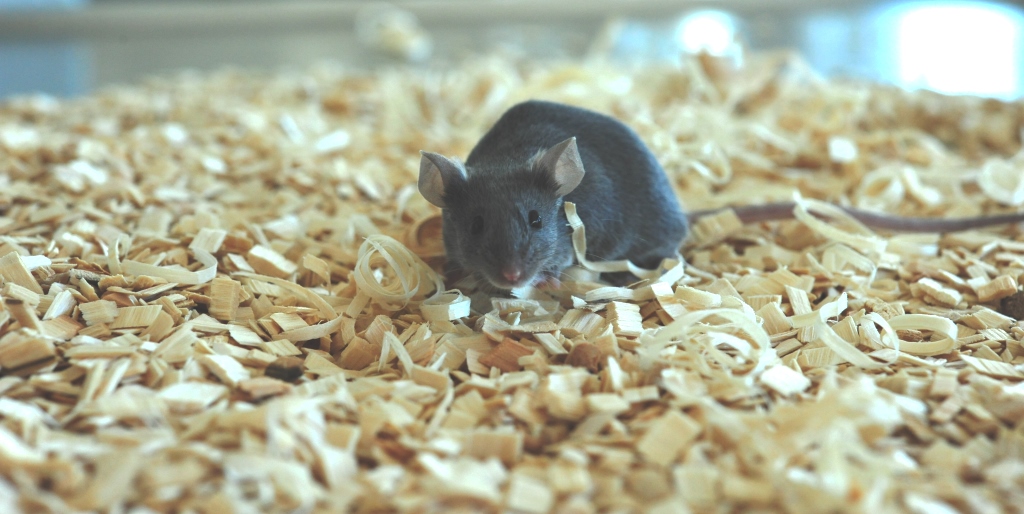 Mode of Function
In their Poff and Eoff versions, the co-expression of two distinct (EFFECTOR and RESPONDER) transgenes gives the possibility to modulate the expression of a given Gene Of Interest (GOI).

The EFFECTOR mouse expresses an Operator Binding Protein (OBP) which can be linked to further functional proteins, for example to a trans-activation (e.g. VP16) domain as represented here (Go). The RESPONDER mouse is engineered to harbour the GOI and a (e.g. CMV-derived) minimal promoter (Pmin), combined with Operator (O) DNA sequences, to which the OBP has binding affinity.
Transcription is de-activated by administration of the respective antibiotic, dissociating OBP from the operator and thus depriving the GOI of a functional activator.

Split cell cultures adjusted to 105 cells/ml in fresh medium at the indicated time-points (circled). macrolide (2 μg/ml) was added at t = 0, not added at t = 40 and added again at t = 90 hrs (black).
Culture with inversed Macrolide status: pink.
Independent Control
As demonstrated by interference studies on CHO cells co-transfected with pairs of EFFECTOR and RESPONDER elements, gene expression modulation is achieved with the system-compatible antibiotic, only (Weber et al, 2002).

System Compatibility in vivo
In mice, the Eoff system was proven to respond in a dose-dependent fashion (Weber et al, 2002). Moreover, the availability of different systems for independent control of transgene expression RESPONDER mice, PolyGene will maintain various EFFECTOR mouse lines constitutively expressing the fused OBP at determined levels. Thus, mating of RESPONDER mice with different EFFECTORS(each of a given trans-activation potential) allows studying GOI expression beyond a 2-log range.

Since the initial (OFF-type) RESPONDER mouse does not express the GOI, DEACTIVATOR systems are also suited for investigating embryonic lethal genes.

The reputed excellence of both, streptogramins and macrolides, in terms of bioavailability and of low interference with host metabolism, distinguishes the Poff and Eoff systems for a variety of applications, including for pregnancy-related studies.

I have to say how much I am impressed with Polygenes professionalism (and several other partners have said the same).
Prof. Dr. Michael Briggs, Newcastle University